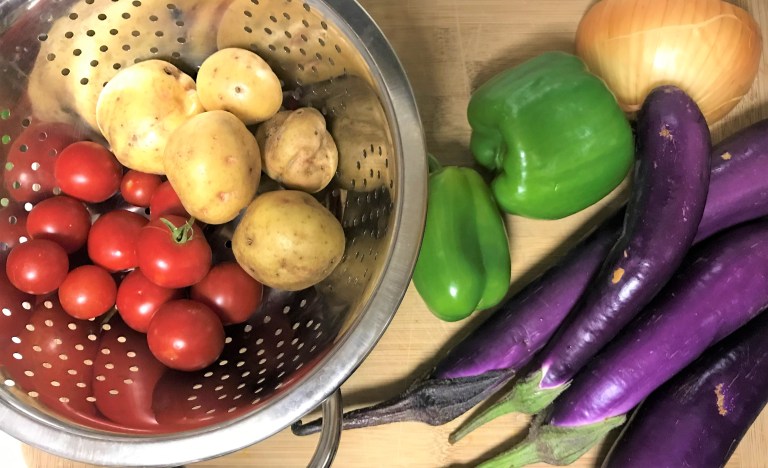 Read on for my next installment of Nana’s story or scroll down to Cianfotta recipe and video below.

If I could offer just one piece of advice while on this genealogy quest, it would be to talk to, interview, and pick the brains of your relatives while they are still living. So many aspects of Nana’s life remain a mystery. I regret not having the presence of mind and courage to gently ask some questions here and there, even though inquiries into Nana’s past were strongly discouraged.

Aren’t some rules made to be broken? What would have happened if I had asked her to describe her mother, Virginia or had asked her about her father’s work as a marble cutter? Maybe it would have been cathartic for all of us or maybe too painful. I will never know. For now, Ancestry.com and Family Search help enormously, but each step or each new discovery only leads to more questions.

Just yesterday, thanks to the Latter Day Saints’ Family Search website, I found Nana and her family’s 1910 census entry. On April 25, 1910, Enumerator Haussmann sat in Nana’s living room and wrote in all of the boxes. It turns out, Nana, her siblings, parents, and grandparents had moved out of the North End and lived in Revere, a suburb just outside of Boston. Nana, age two, her two older brothers, ages 7 and 5, and her little sister Rose, age 0, which meant she was under age 1. Nana’s two younger brothers would come a few years later.

My great-grandparents, Giuseppe and Virginia had emigrated from southern Italy in 1893 and 1883, respectively. They both could read and speak English. Giuseppe worked as a marble cutter and had worked consistently all year. Virginia’s six children were her full-time job. I know of the existence of Virginia and Giuseppe and that they died tragically young. Giuseppe of lung disease and Virginia, my mysterious great grandmother, from what they called, “paralysis from shock.” I have no idea what that meant, but I love her dearly and made several trips to Italy to get closer to her story.

These are just facts and figures on a page from 110 years ago. Yet, somehow, seeing the handwritten census entry strikes a deep chord in my heart. It fills an empty space and connects the physical bond broken by immigration. I could almost picture little 2-year-old Nana sitting in Virginia’s lap. What wild yarns I can spin.

For now, I can learn about southern Italian dishes that Nana and her family might have eaten. 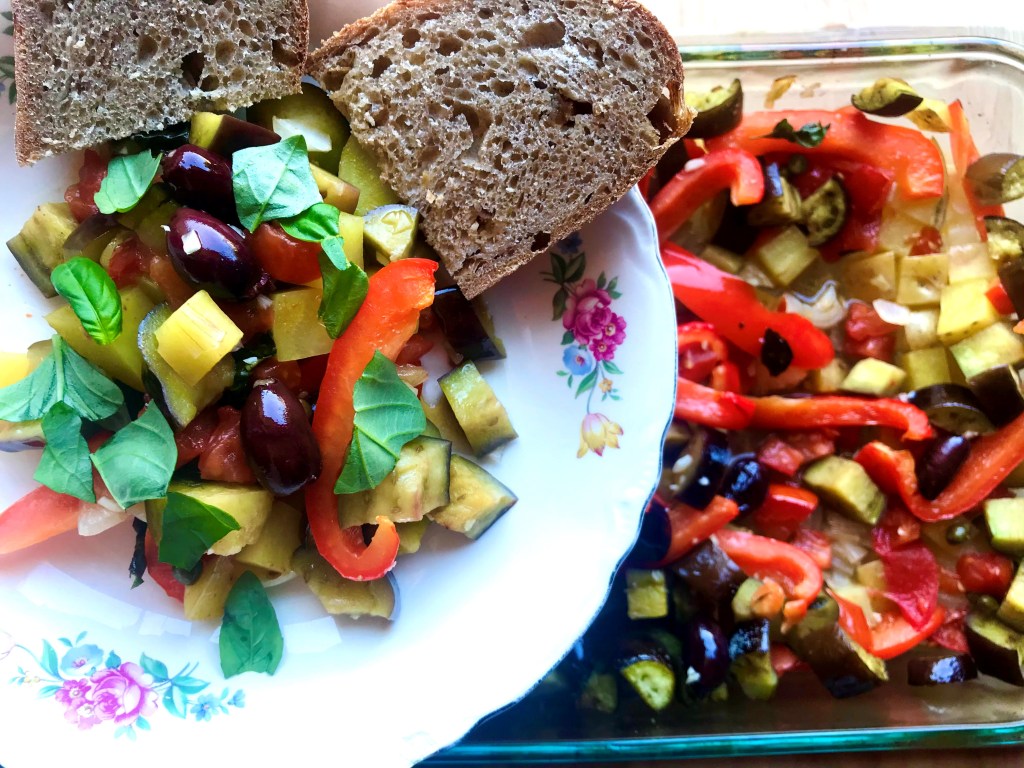 Again, my not-so-smooth transition into this post’s recipe, Cianfotta, southern Italy summer stew. This summer stew comes in many forms and many names. In France, Ratatouille, in Sicily, Caponata, in other parts of the Mezzogiorno (southern Italy), Giambotta. From Nana’s region of Campania, it’s Cianfotta. Nevertheless, each recipe shares these basic ingredients: aubergine (aka eggplant), bell peppers, fresh onions, garlic, and tomatoes all doused in copious amounts of extra virgin olive oil.

The common preparation of this recipe is to cook the ingredients on the stovetop, one by one. This works well, but I prefer this baking method. It is faster, has fewer steps, and is just delicious. The baking method produces a nice sauce in the bottom of the baking dish. 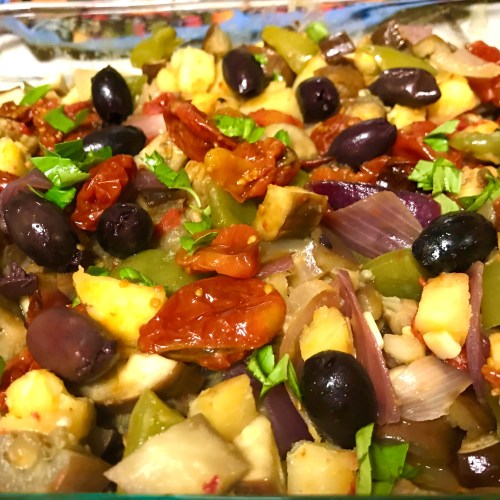 
Learn about the Snail of Approval