Among all of the beautiful sights at the farmer’s market and supermarkets this time of year, the stack of leafy green and crisp white leeks holds a special space. For most of my life, I associated leeks with vichyssoise, the chilled potato leek soup, served on hot summer days. Just the name itself always intimidated me, and I put it in the category of things only prepared by a professional chef. These leek patties are simple and delicious and leave me feeling a bit more like a chef.

Thanks to my CSA (Community Supported Agriculture) farm and many conversations with farmers at the market, I have developed quite a friendship with the lovely leek. Other than vichyssoise, leeks turn up often in mire pox, bouillion, and soffrito, which are the foundations of many soups and sauces. However, we will save those ideas for another day and delve into the less well-known, but equally scrumptious, Leek Patties.

I found this recipe in The North End Italian Cookbook by Marguerite DiMino Buonopane. This is Marguerite’s 6th North End cookbook and in each edition, her recipes are gifts from Italian American immigrants and long-time residents of this beloved Little Italy in Boston. I had the pleasure of meeting Marguerite during my last visit to the North End. She was so warm and welcoming and promised me a pasta-making lesson. I hope to make it back to the North End someday.

For now, I can work my way through Marguerite’s recipes and dream of Galleria Umberto’s, Regina’s Pizzeria, Caffè Paradiso, and all the old-time eating establishments of my Italian American roots. 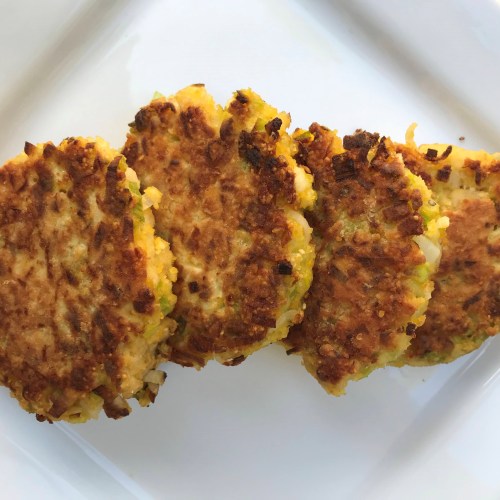