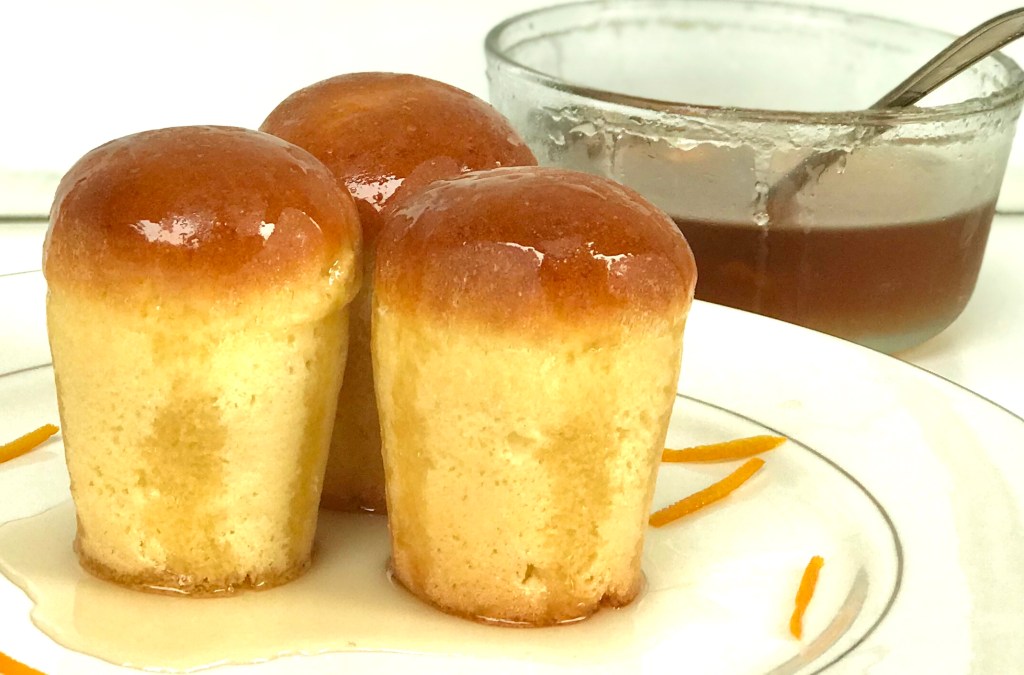 Any trip to Southern Italy must include the delights of eating a Rum Babà. To miss them would be like going to Rome and skipping the Sistine Chapel or going to Naples without eating a pizza. This rummy, yeasted sponge cake is rich with butter while light and airy at the same time.
Also known as Babà al Rum, it’s told that this dessert originated in France and found its way to the port city of Naples in the 19th century.
This is the basic recipe, but these cakes lend themselves to creative variations. Once cooked, cut the little cake in half and fill with whipped cream or fruit jam. For another option: add currants, candied citrus or dried fruit to the batter. The possibilities are endless.

Note to the chef: To make the classic babà shape, you will need to purchase babà molds. I bought these; they are stainless steel, and they’re easy to work with. After the initial investment, it’s great to know I can make rum babà anytime. (I’m not affiliated with this company, btw).
The babà batter is versatile; for example, use all of the batter in a bundt pan to make a single cake. Also, if you don’t want to buy another kitchen gadget, you can use a regular muffin tin. They will still taste amazing, but won’t have the babà shape with an adorable little brown bonnet. 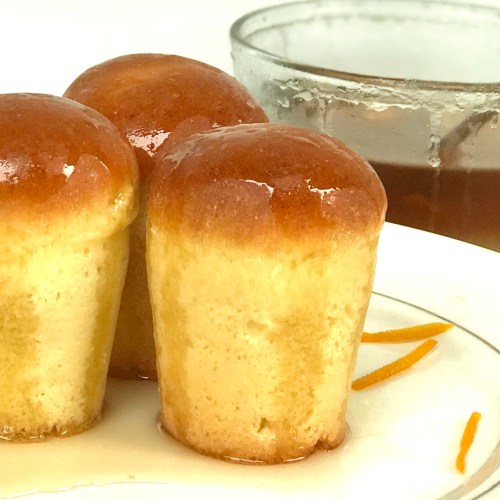