Last March marks two years since my mother’s passing. Whenever I make marinara, I see her in the kitchen in front of the stove, focused and determined. She was so proud of her spaghetti and homemade marinara. Her American-Italian recipe was actually a ragu or meat sauce, with mushrooms, ground beef, and dry Italian spices. She would make it in the morning and let it cook slowly all day long. She impressed upon us at an early age that her way was the only way to make marinara sauce. As kids, we never knew that spaghetti sauce came in jars or cans or that it wasn’t cooked for hours on end.

I no longer make tomato sauce that way. Don’t get me wrong, I love my mother and her hard-headed approach to life and cooking, but it takes too much time, and I prefer a simpler sauce.

Mom taught me many important lessons, mostly that food nurtures. She was proud of her spaghetti and sauce because she was feeding our bodies and souls. To have this sauce cooking all through the day was a reminder of the love she might not have been able to verbalize, but could convey through her cooking.

I now nurture my family with a recipe I learned in an Italian cooking class. I love this new recipe because the ingredients are fresh and cooked just long enough to bring out their unique flavors. It takes less time but still feeds the soul. 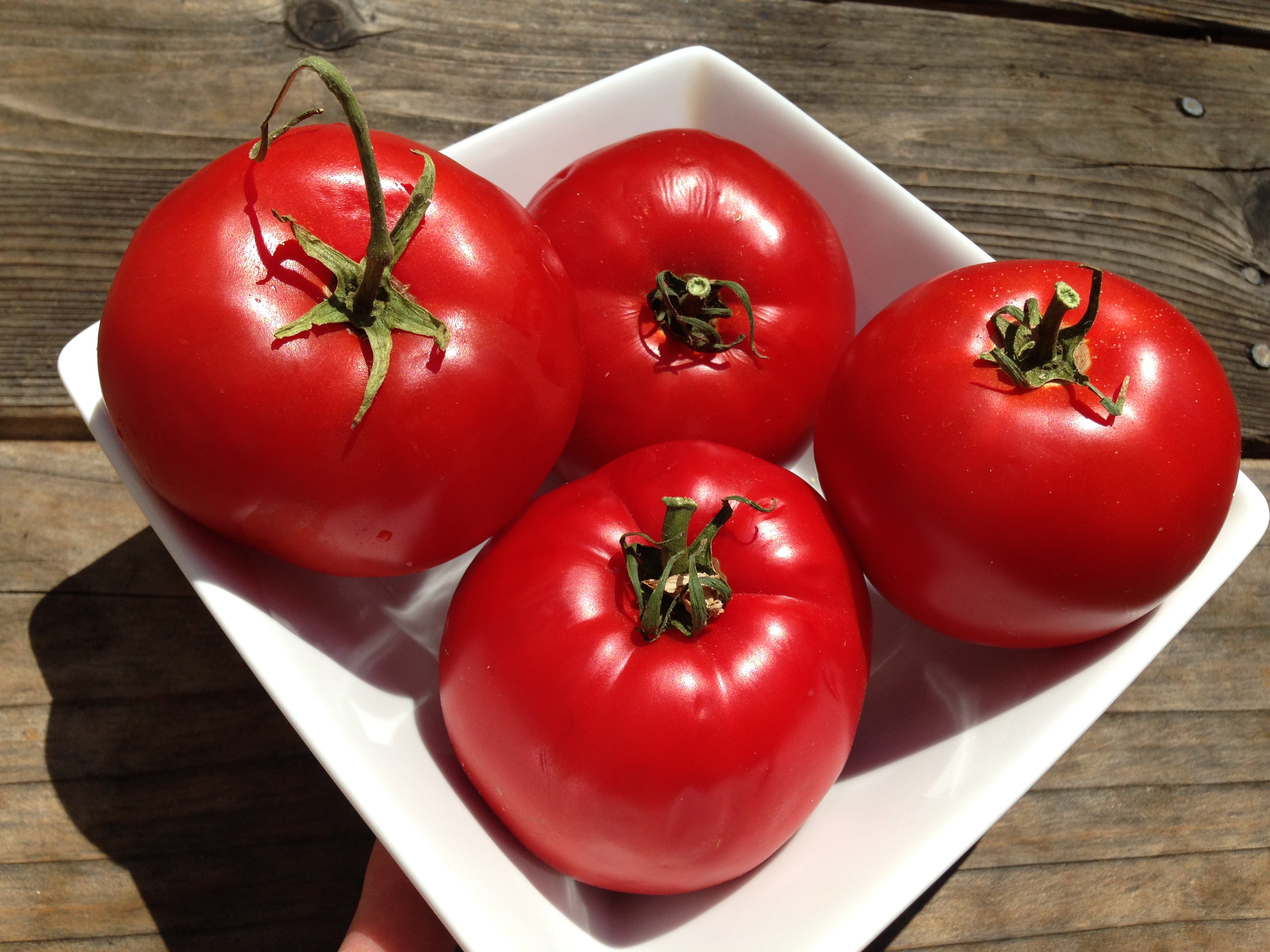 Legend has it that this simple tomato-based sauce from Naples was created by fishermen’s wives who needed a quick meal when their men arrived at home after a long time at sea. Other sources say it was a handy sauce for sailors to make because the ingredients were plentiful and could be made in about the same time it takes to boil the spaghetti.

Notes to the cook:

Use fresh tomatoes for best results.To prepare whole tomatoes: With a paring knife, mark an X on the bottom of the tomatoes just deep enough to penetrate the skin. Blanch the tomatoes by dropping in boiling water for 30 seconds. Remove with a slotted spoon and put in ice water for 60 seconds to prevent further cooking. Using a paring knife, cut out the core and peel back the skins beginning at the slit; skins should come off easily. To remove seeds, cut tomatoes in half and squeeze over a bowl to catch the flying seeds. Place skinned and seeded tomatoes on a cutting board and dice. This is a French cooking method called tomato consasse and is the classic method for preparing tomatoes.Click here for a demonstration:

Whether using fresh or canned tomatoes, for a southern Italian tradition and a wonderful tactile experience, use your hands to crush the tomatoes into a bowl. If you end up with any large pieces, place them on a cutting board and chop with a knife.

This tomato sauce cooks for 25-30 minutes, so the tomatoes retain their sweetness.
It uses an Italian flavor base called Battuto, click here for details.

Add tomatoes, basil leaves, milk and salt and simmer gently for 15 minutes. Taste your sauce and enjoy the sweetness of the tomatoes, onion and carrot. (This is me bringing my fingers to my mouth and kissing them!)

Your sauce is now ready to serve. It is best served over homemade pasta or gnocchi. 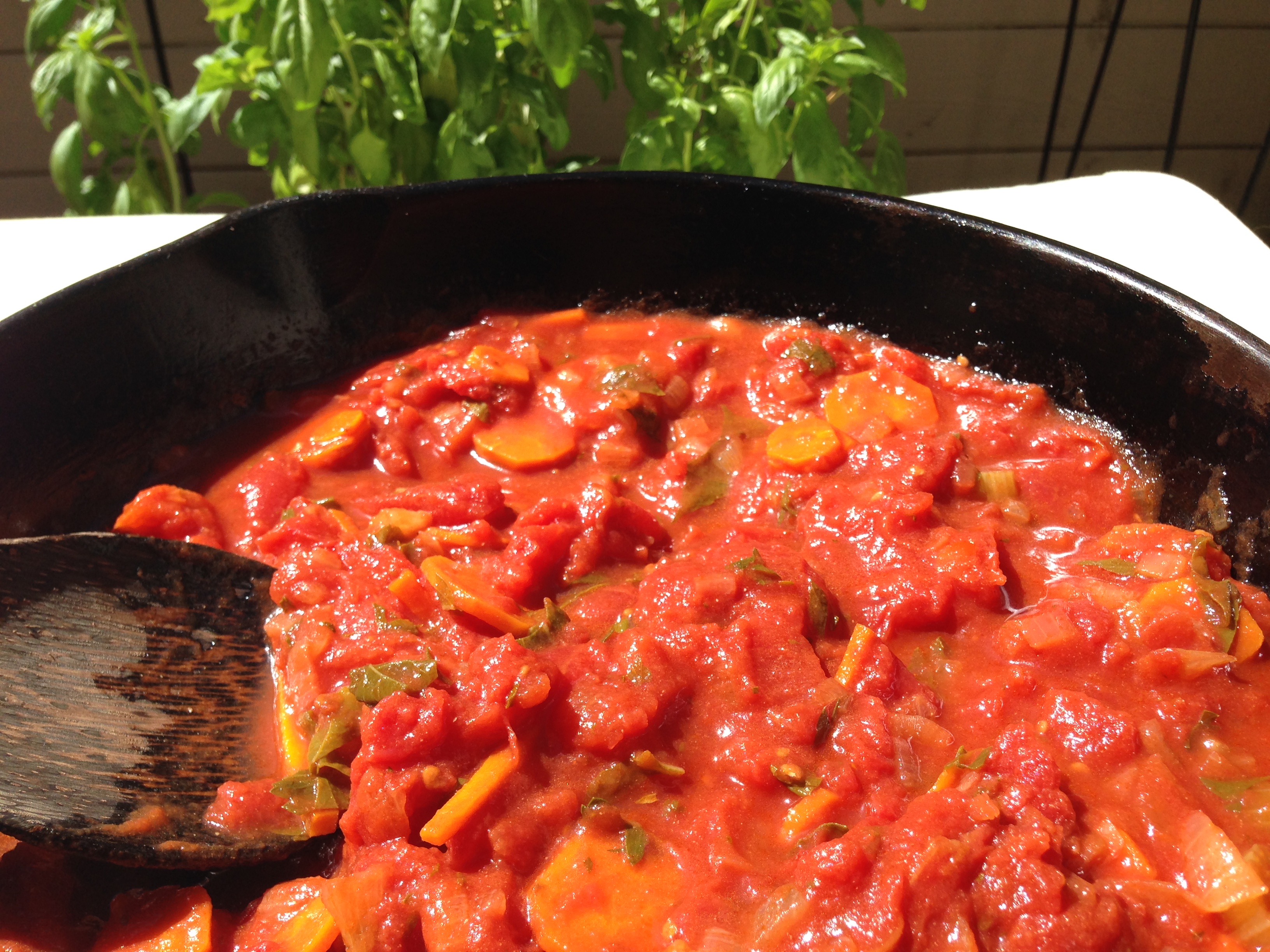